WE MAY THUS consider my initiation into the world of dictionary-making as nipeyar (providential, guhit ng palad). As a forester the closest to the world of dictionary-makingthat I got into was polishing the glossaries of forestry technical reports and checking the operational-definition-of-terms sections of MS and PhD theses passed on to me for editing.

Neyir porat esep uwar an mileleman si pangapyat diksyonaryo. (It was never in my mind to meddle in making a dictionary.) And considering that a dictionary is vital in the revitalization of Isinay, I must admit I didn’t have an inkling either that my professional and personal interests in forest conservation would be expanded to include language conservation.
I don’t know who spilled the beans but, in a manner of speaking, I barely warmed my seat as a word hunter when somehow news got around that there is this native son of Dupax who is a UP Forestry graduate now living in Baguio, and who is making the rounds of elderly Isinays asking the genuine Isinay words for this and that, so that they could be included in the making of an Isinay dictionary.
Consequently, in December 2010, this forester was invited as guest speaker -- using pure Isinay -- in the first anniversary of Bona^ si Isinay (Lahing Isinay), an SEC-registered organization aimed at working on revitalizing the weakening Isinay language in Dupax.
The group got interested in the dictionary that I was working on, and soon a number of its members made it a habit to go to my mother and volunteer words they remembered from somewhere.
Whereas before I was only on nodding acquaintances with many of the senior Isinays of my hometown, this time whenever I go home and I would meet them after Sunday mass we would all go animated in front of the church noisily exchanging jokes and moribund words -- like rain-drenched frogs -- using a merry mix of unadulterated and contemporary Isinay. 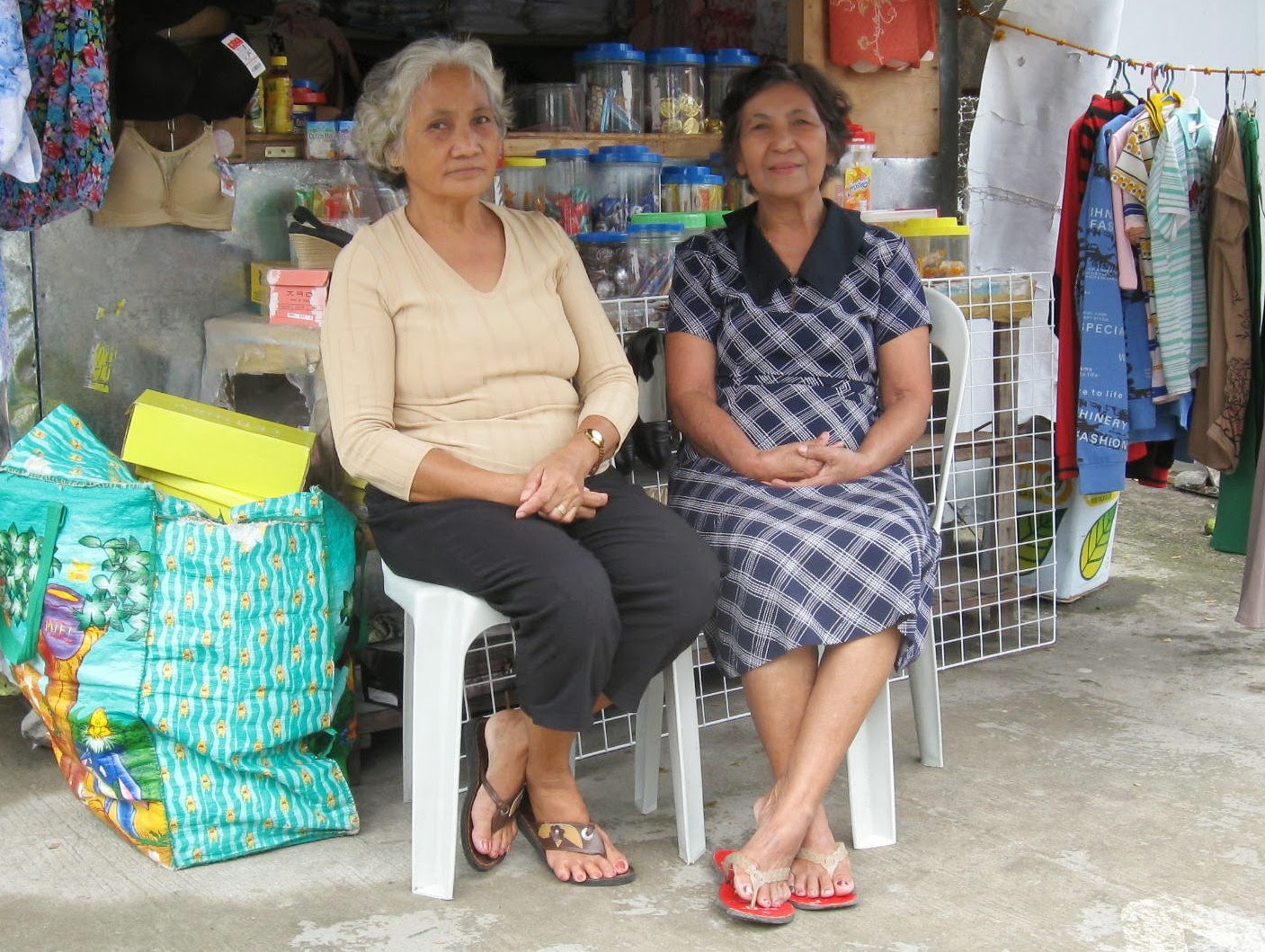 I wonder if it was pure coincidence or if my mother has taken the cue. But each time I go home to Dupax nowadays, there is always an occasion for my mother to convene her fellow senior ladies. It could be a prayer to commemorate the death anniversary of a relative, an afternoon merienda to celebrate somebody’s birthday, or a wedding anniversary.

It is during these gatherings that I get to add some more words to my collection, and to check with them what this word or that one that I saw mentioned by a friend in Facebook means, and to please use it in a sentence.  Recently, I got invited to join the lunch MWF meetings of the Senior Citizens Association of Dupax del Sur (SCADS) whenever I am in town.
It would certainly be these same senior ladies (bavaket) who I would consult later when I do the cross-checking, validation, definition, and “use in a sentence” stages of the Isinay dictionary I'm working on.
Thrills and Surprises

IT'S NOT an easy task, this one on compiling words, checking and cross-checking them with authoritative speakers, cataloguing them, and later putting them out as a neatly packaged dictionary. But it has given me and continues to shower me with countless thrills and surprises.
Let’s set aside for a while that the dictionary project that I have embraced as my component share in the Isinay revitalization movement of Dupax, Bambang, and Aritao (the three Isinay towns of Nueva Vizcaya) has made me a better person. What excites me is that it is now emerging to be a serendipity angel.
It has not only given me reason to have deeper appreciation this time for my native tongue and Isinay roots but also to be in love again with my birthplace and boyhood playgrounds.
It has endeared me with the darauway (elderly) Isinays and in the process opened to me the idea of documenting certain heretofore little known bits of history and culture, as well as forest use, among my Isinay ancestors. Three instances:

My word collection alone has also opened my senses to certain realities in Isinay country, particularly why Isinay is on the brink of extinction.
One reality is illustrated by the fact that a number of genuinely Isinay words are already alien to the current generation of Isinays. Let me cite three examples:

Speaking of TV, this modern gadget has indeed become not only a bad influence among the younger generations of Isinays (and, I guess, in other indigenous languages and cultures as well); it has also lured kids to use Manila Tagalog and to shy away from using the native language.
Moreover, because of TV, children in Isinay land no longer play outdoors, and so they don’t know the Isinay for the following:
In re-training my tongue and verbal faculties to go the Isinay way again, I also recalled certain things that are no longer used or their Isinay names already unknown to local folks. Their obsolescence was simply because the raw materials for making such objects as well as the sources (mostly forests) of those raw materials are already gone.
A classic example is be-ang (sagapa in Ilocano). This is a circular kitchen item made of split rattan and used to keep an earthen cooking pot from tilting or rolling off the table. It is also used as a headgear for women to stabilize the big banga carried on their head when they go to fetch water from the well. You don’t see this gadget anymore because there are no more sources of awwoy (rattan) to make them with.
(CONTINUED IN PART 4)